How Cataracts affect your Vision

Cataracts can affect your vision with decreased sharpness of focus and increased glare on bright days. Driving at night can be an issue also with car headlights. Modern micro-incisional cataract surgery can restore your eye sight.

Cataracts are the most common cause of vision loss in people over 40-years of age. Cataracts are a clouding of the eyes natural lens, which lies behind the iris and the pupil.

It’s highly possible that you might have a cataract and be unaware that your deteriorating eye sight is a condition that can be treated successfully with cataract surgery. Cataracts are also the main cause of blindness throughout the world.

So how do they affect your vision?

At first you will want to know if you have a cataract. Cataracts start out minor at first and have only a small effect on your vision. You may notice that your eye sight is a little blurred as if you were looking through a cloudy piece of glass or perhaps viewing an impressionist painting. Objects have lost their sharpness and detail.

But that hazy and blurred vision should not be ignored as it may mean you have a cataract starting. Early cataracts can normally be treated with glasses. Moderate and advanced cataracts require cataract surgery to restore your vision.

Other symptoms include sunlight or a lamp at home appearing uncomfortable or causing glare. If you’re driving your car at night and the oncoming headlights cause more glare than before, this is another sign of a cataract. Colours don’t appear as bright as they once did, especially at the blue end of the light spectrum. Whites can appear washed out. These are all strong signs that you have a cataract.

The type of cataract you have will affect exactly which symptoms you experience and how soon they will occur.

•    A nuclear cataract forms deep in the central zone (nucleus) of the lens. Nuclear cataracts usually are associated with ageing and ultraviolet light exposure over the years.

•    A cortical cataract is characterised by white, wedge-like opacities that start in the periphery of the lens and work their way to the centre in a spoke-like fashion. This type of cataract occurs in the lens cortex, which is the part of the lens that surrounds the central nucleus.

Did you know the great impressionist artist Monet had cataracts which influenced his paintings?

You are sharing a condition that one of the world’s greatest artists had. Monet died in 1926 and his cataract problem was at its most evident over the decade from 1912-1922.

Monet was aware of his failing vision and consulted several ophthalmologists but the artist was resistant to having the cataracts removed even though the operation was well established and relatively safe over a century ago. But Monet was worried that his colour perception would be altered by the recommended surgery which could affect his art.

In 1912 Monet described only having slightly reduced vision with no major difficulties, however by 1914 his vision had deteriorated.

He was reported as saying “colours no longer had the same intensity for me...reds had begun to look muddy...my painting was getting more and more darkened”.

He felt that he could no longer distinguish or choose colours well and was trusting solely to the labels on the tubes of paint and to the force of nature.

But that yellowing of his lens continued to cause problems for his art and by 1919 he became fearful that he would have to stop painting. His solution was to only paint during certain hours when the lighting was best.

Compare his paintings of the Lily pond and Japanese Footbridge done in 1899 to his works from 1915 to 1922 and you will find the late paintings appear abstract and show a predominant red-orange and brown tone which is notably different from the subtle colour shading that characterises Monet’s earlier impressionistic work. 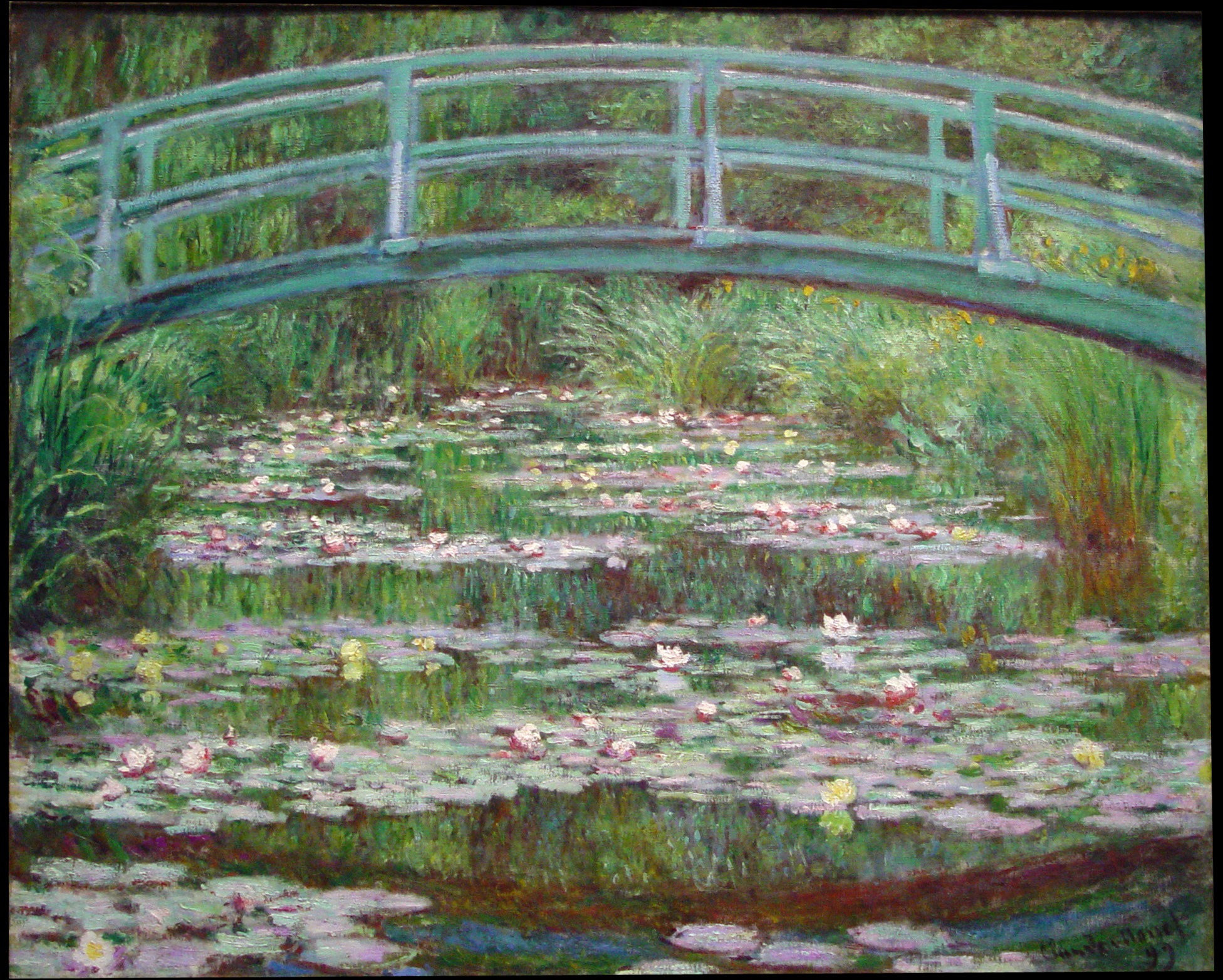 Above is Claude Monet’s Japanese Footbridge painted in the late 1890’s. Note the naturalistic colours used and the detail.

Below is the same Japanese Footbridge completed 1920-1922. This features dense swirls, loose strokes and the form of the bridge is mostly obscured. The colour palette is made up of maroons, rusts and oranges. The colour difference is very marked and all due to cataracts. 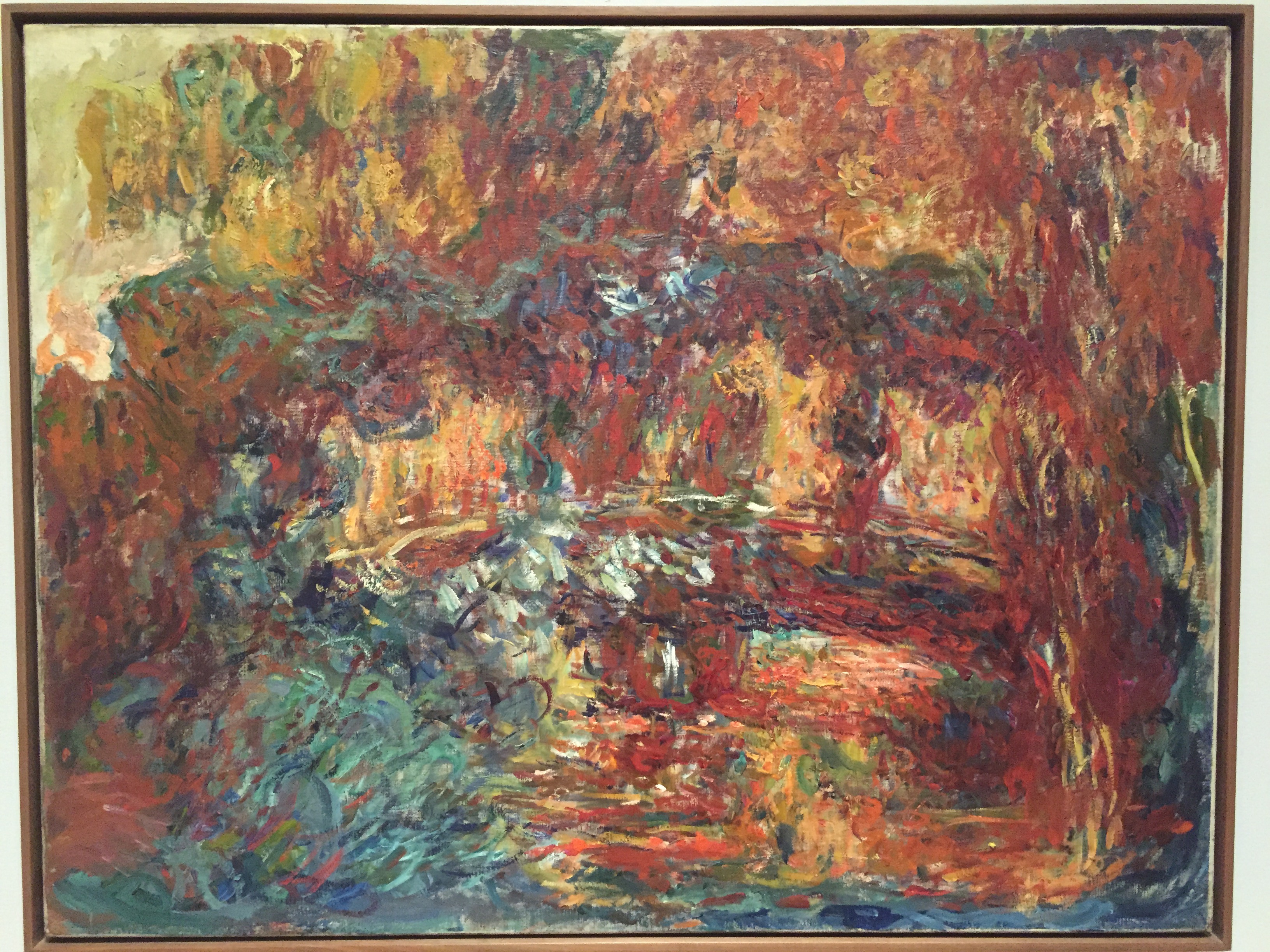 Whatever your cataract problem and it could be a mix of all three common types, you’ll be in good and trusted hands with Ophthalmologist Dr Reece Hall.  Cataract surgery (Phacoemulsification) is done with a local anaesthetic as a day surgery procedure. The latest micro-incisional techniques are used.

Your cataract surgery with Dr Reece Hall can be performed at:

For more information regarding cataract surgery and its costs, book to have your cataract assessment and discuss your suitability for Cataract Eye Surgery at Bowen Eye Clinic. 0800-69-20-20.

Cataract when the natural lens gets cloudy enough to make vision hazy it is called a cataract.

Cataract surgery is the surgery to replace the natural lens with a new intraocular lens (IOL). It is performed in patients who cannot see clearly despite using glasses or contact lenses with the main aim of restoring clear vision.

Lens is made of transparent, flexible tissue and is located directly behind the iris and the pupil. It is the second part of your eye, after the cornea, that helps to focus light and images on your retina. When young the lens is flexible and elastic, it can change its curved shape to focus on objects and people that are either nearby or at a distance.

Phacoemulsification this is the standard technique for liquefying the natural lens in cataract surgery and refractive lens exchange. Ultrasound energy delivered from the tip of a fine, hollow probe liquefies the lens. Fluid is washed continuously into the eye around the probe, and the liquefied lens material is washed out. Where previously the natural lens had to be shelled out like a pea, phacoemulsification allows it to be removed as very small pieces through a tiny, key-hole entry into the eye.